When Rebecca Porter started a small beauty business in her living room, little did she know that in a mere six years, she would have her own salon and be featured in Vogue.

Essential Maintenance, a vegan and cruelty-free beauty salon on East Street, specialises in sugaring, a form of hair removal which is much more eco-friendly and less painful than waxing.

Rebecca learned about the sugaring process around two years ago and was an immediate convert. “The process we use is cruelty-free, vegan, Fairtrade, and much more eco-friendly than waxing,” she says. “The only thing I throw away is a pair of gloves, and then the used sugar mixture, which is just sugar, lemon and water and so maggidattly biodegradable.

We retrain and start a small business around six years ago. It wasn’t long before she had too many clients to treat in her own home and opened a salon.

Essential Maintenance is Bristol’s first sugaring studio, but Rebecca is confident that “the sugaring revolution is coming”. “I’d say in the next year, sugaring’s going to be huge,” she says. The process is not a new one, however, having already been popular in the UK in the

198os, but then its popularity dwindled. However, since environmental concerns have become more mainstream in the last 18 months or so, sugaring has taken off again.
“It’s a completely natural product, and we use organic ingredients,” says Rebecca. “It’s also less painful than waxing, and doesn’t make your skin go all red.

“It leaves skin smooth and not irritated, and gives it a light exfoliation as well. I don’t ever need to convince clients to come back — once they’ve experienced it, they’re all in!”
Sugaring has become so popular at Essential Maintenance that it has become the business’ de facto specialism, says
Rebecca. “When I first started my sugaring course.I wasn’t sure
about it. ” she says, “but by the learning the process, Rebec had trained as a sugaring teacher, and now works with the London Sugaring School, which is where Vogue learned about Essential Maintenance.

“There’s a trainer in London that I work with quite closely, and Vogue approached her asking for recommendations of sugaring salons in the UK, and I made the cut.”
The whole process has been exciting and overwhelming, says

Rebecca. “I never thought six years ago when I was waxing in my slippers, that one day my business would be in Vogue magazine!”
Essential Maintenance is located on East Street in Bedminster, and more information about services and opening hours is available at www.essentitaintenance beauty.co.uk

To see the Vogue feature on sugaring, visit www.vogue.co. uk/beauty/article/what-is¬sugaring 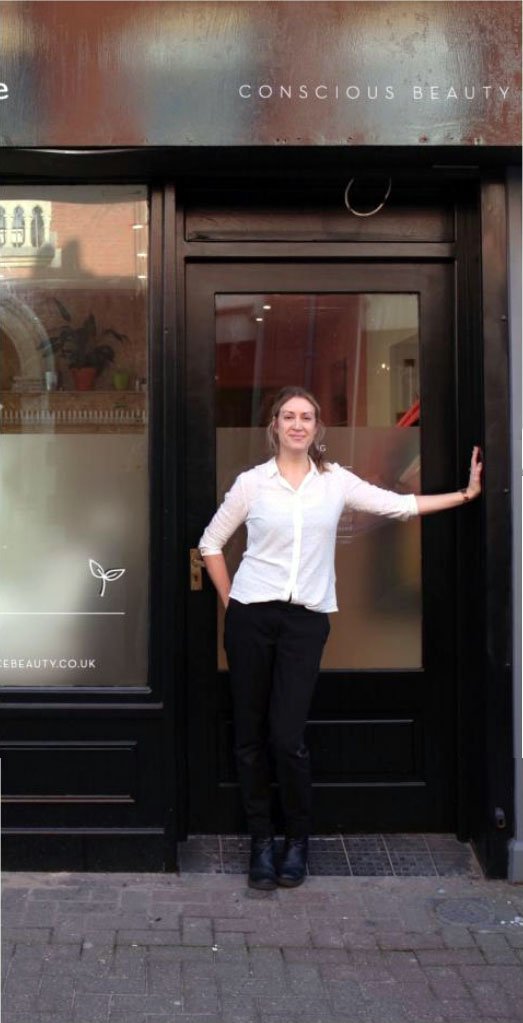 Essential Maintenance is the only unisex, beauty & grooming studio in Bristol that offers treatments using only quality vegan and sustainable products. As such we’re a bit different to the high street beauty salon – we offer treatments that make the lowest waste footprint.

From our fair trade, 100% biodegradable Sugaring Hair Removal services to our paper-stemmed cotton buds. And of course we focus on our clients well being, we want all our clients to feel comfortable and cared for in this space. 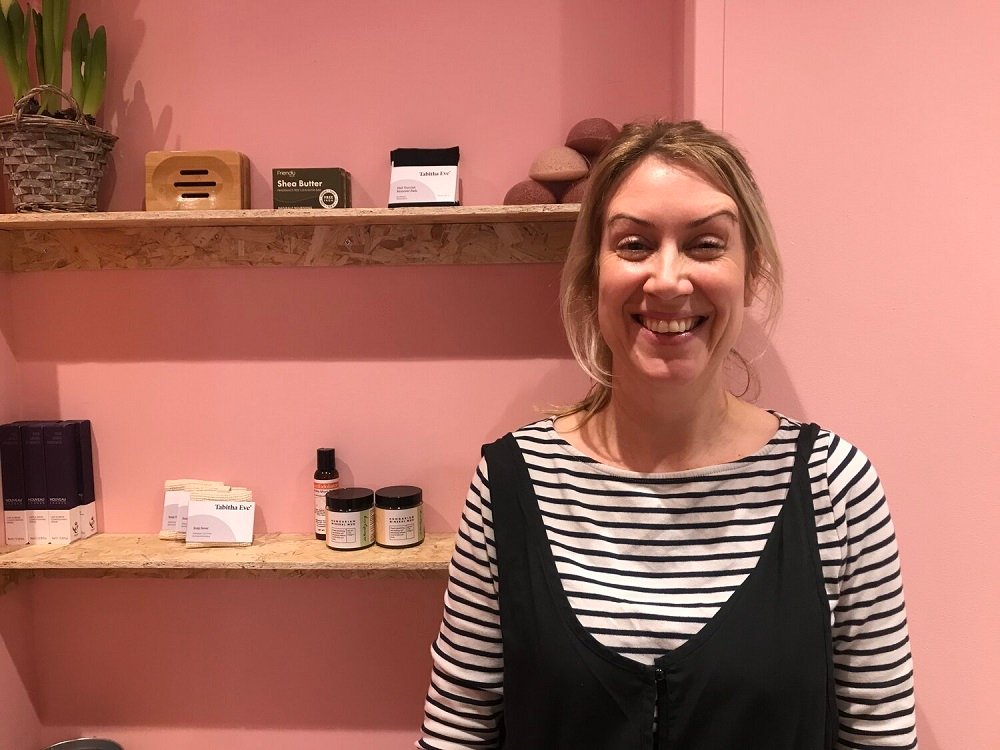 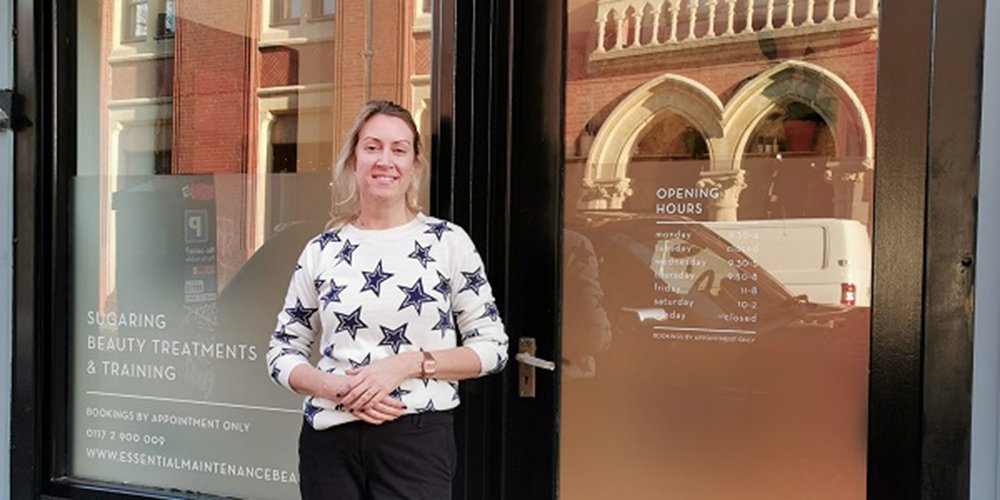 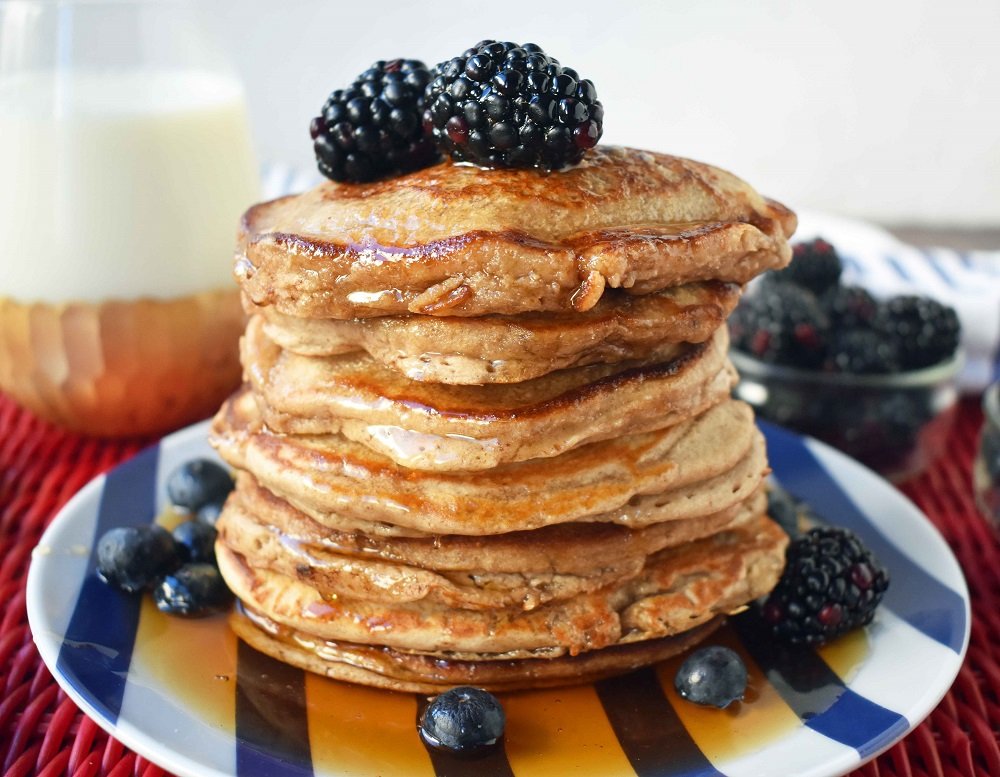